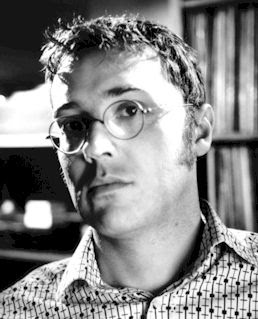 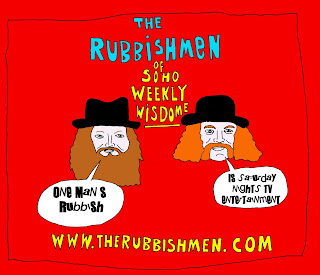 Sat Nov 15 4:30pm – Sat Nov 15 6:30pm
Created By
Resonance
Description
Today Jonny Trunk is joined by The Rubbishmen Of London. Artists, musicians and part of the underground "Le Gun" collective, this intriguing duo will be throwing away all their favorite film music this afternoon. And maybe chucking in some art at the same time.

HERERES SOME INFO ABOUT JONNY TRUNK
Writer, broadcaster, vague entrepeneur. Jonny left his job as an advertising creative back in 1995 to plough his own furrow. Since then he has started Trunk Records, the cult British record label that has brought us some of the most beautiful unreleased film music of all time - including The Wicker Man, Kes, The Clangers and Deep Throat. Trunk Records most recent release is a lost album of Hull library music composer, Basil Kirchin, called Abstractions Of The Industrial North. Jonny is one of the UK's leading experts in film music, and has written extensively about the genre across the music press. He also has the only dedicated film music radio show in the country, OST, which goes out every Saturday on Resonance FM in London to a fine and loyal following. With this huge knowledge on the subject but also a considerable collection of rare recordings, Jonny is often employed to source music for TV and advertising, recently finding the music for Channel 4's Banzai. Jonny is also an artist in his own right, having released his debut album, The Inside Outside last year to much critical acclaim - well four stars in Mojo and The Wire etc etc isn't bad. And as a result of all this music lark, Jonny is a busy DJ, hired for interesting fashion and art evenings. Over the last year Jonny has been working on a project known as Dirty Fan Male. Based on letters written to his sister who was a porn star, Jonny wrote, produced and took the show to the 2004 Edinburgh Fringe where it became the word of mouth hit. The book of the project, Dirty Fan Male; a life in rude letters is published later this year by HarperCollins. As a result of working for five years at Portobello Antiques market, Jonny has an unusual knowlege of works of art, especially those of a sexual nature. He held the first ever exhibition of British Porn Movie Posters in London in 1999 and another exhibition is planned for the new year.

SO ALL YOU HAVE TO DO IS GET GET ON YOUR COMPUTER
AND CLICK ON THE LINK BELOW
I THINK THE SHOW IS REPEATED ON WENSDAY AT 3PM
http://resonancefm.com/listen
AND LAST BUT NOT LEAST IS
A NEW WEEKLY WISDOME
TAKE CARE NOW MY LOVES
BEST WISHES
KISS KISS
ROBERT X
www.therubbishmen.com
Posted by robert rubbish at 17:29 No comments: 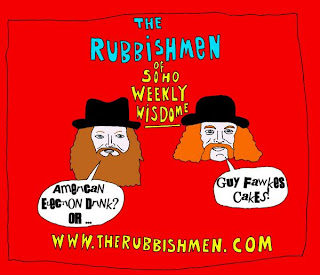 HELLO LOVES FORGOT TO POST UP LAST WEEKS WEEKLY
RUBBISHMEN WISDOM SO HERE IT TIS
A BIT OUT OF DATE NOW ME THINKS
BUT DONT PANIC MY FINE POPLES OF THE INTERWEB
A NEW ONE IS ON ITS WAY THIS WEEK
ALSO WE WILL BE LIVE ON A RADIO SHOW THIS SATURDAY
ON RESONANCE 104.4 FM
ON THE JONNEY TRUNK SHOW FROM 4.30 TO 6.30
SO BE SURE TO TUNE IN
BYE FOR NOW
KISS KISS
Posted by robert rubbish at 12:17 No comments:

LE GUN 4 CAN NOW BE BROUGHT FROM LE GUN WEBSITE 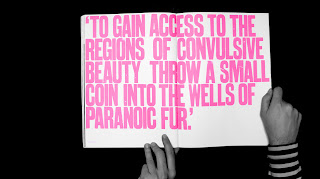 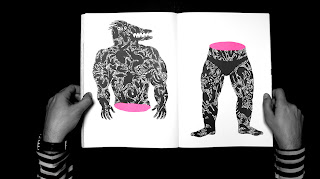 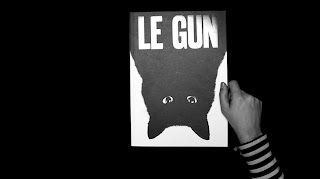 HAPPY MONDAY
ONE AND ALL TIS A GREY DAY OUTSIDE
WET AND COLD
BUT I BRING GOOD NEW
IN THAT LE GUN ISSUE 4 CAN NOW
BE BROUGHT FROM THE LE GUN WEBSITE
www.legun.co.uk
ITS THE BEST ISSUE TODATE AND FULL
OF LOTS OF ODD STUFFS AND POO
THATS ALL FOR NOW LOVES
SO BEST WISHES
KISS KISS
ROBERT X
Posted by robert rubbish at 04:16 2 comments:

SOME TWONK STOLE MY SKULL FROM NOTTINGHILL ARTS CLUB 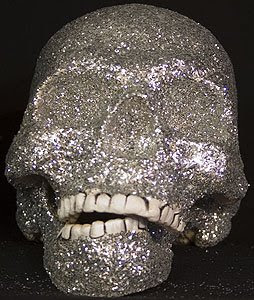 HELLO LOVES
MY WEEKEND WAS AN ALL TIME LOW IN BED
WITH MAN FLU HANGEROVER AND HEARTBREAK
THEN TO TOP IT ALL ONE HAD TO GO AND TAKE
DOWN THE EXBO I HAD ON AT THE NOTTINGHILL
ARTS CLUB TELL ME WHY I DONT LIKE MONDAYS ....
ANYWAY DAVID WHO RUNS THE PLACE TOLD ME THAT
MY SKULL HAD BEEN STOLEN
IF THE TWONK WHO STOLE IT BY CHANCE EVER READS
THIS THAT TOOK ME A LONG TIME TO MAKE
BUT I HOPE ITS FOUND A NEW HOME SOMWHERE
THE CID FIB AND INTERPOLE ALL HAVE BEEN
NOTTED SO WATCH OUT WHO EVER YOU ARE
TO THE REST OF YOU
BEST WISHES
ROBERT
KISS KISS
Posted by robert rubbish at 12:25 No comments: