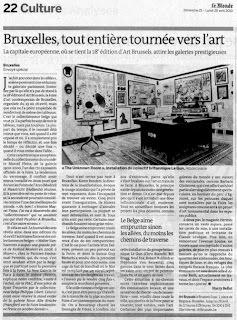 Helllo out there
we did get a right up
for are room we did
make in art brussells
in the french news paper
le monde
bye for now
kiss kiss
robert xx
Posted by robert rubbish at 02:27 2 comments: 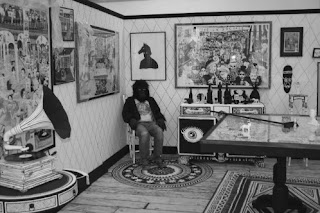 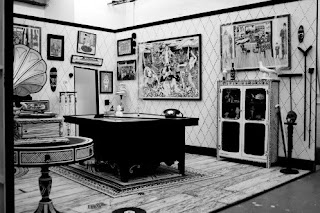 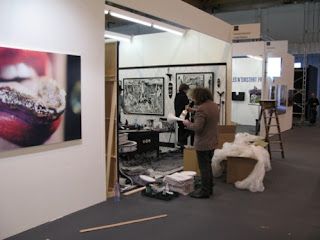 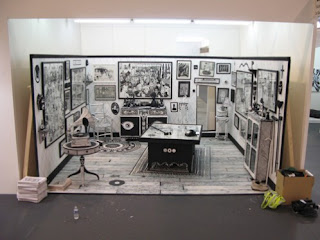 In 2007 the artists of LE GUN were given a disused shoe shop on Wilton Way, Hackney to make their own. The shop was bequeathed along with all its contents by the late Masonic cobbler Mr LH Brown and transformed by LE GUN into a modern day curiosity shop, for a period of nine months. The artists displayed their own artwork along with a host of bizarre objects found in the shops basement. One of their most puzzling discoveries was that of a small briefcase found lodged in the back of an old closet. After many hours of examination it was concluded that the case was once owned by the late great trout tickling, dada loving, jazz pirate Mr.George Melly. The contents of the case were as follows :

Following this find artists from LE GUN set about trying to make sense of the objects in the briefcase. After months of research the results of their works can be seen in the form of a number of large scale black and white drawings based on the notebook, showing scenes of the city of Legundon, James Ensor’s Belgium, an outlandish Interzone and an ancient lost civilisation, all housed in a life sized recreation of the mysterious black and white photograph. 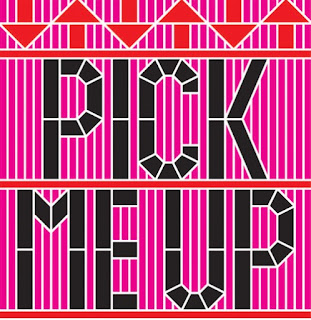 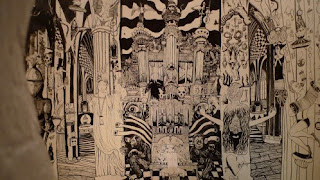 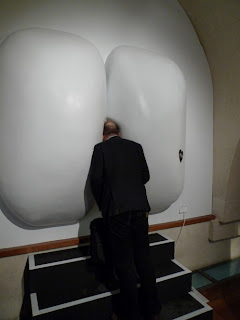 We are taking part in 'PICK ME UP' - a graphic arts show at Somerset House in Central London.

You will be treated to a religious experience with a special twist in one of the mezzanine gallery alcoves... not to be missed. Make sure you bring some lubricant. 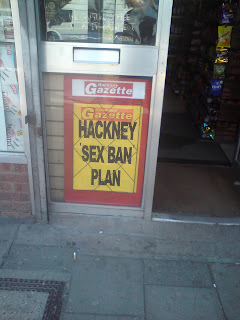 As i took a stroll down the kingsland road
yesterday i did see this shocking head line
whats it mean there is a plan to ban sex
in hackney will the good people of hackney
have to go to camden or westminster or other
such parts of london to have sex ??????????
well blow me what is the world coming to
you read it here first
bye for now
kiss kiss
Posted by robert rubbish at 04:17 1 comment:

TODAY I PRINTED A NEW PRINT AT THE HERETIC PRINT STUDIO 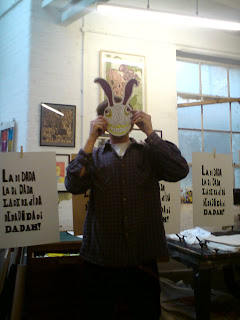 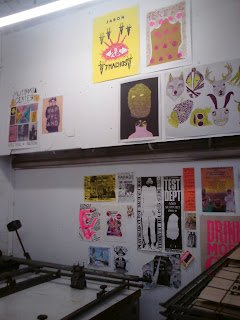 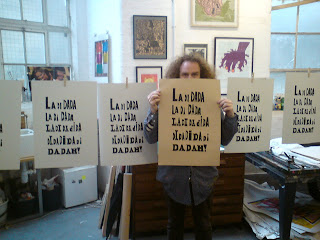 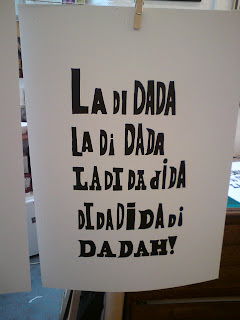 Today i printed a new print
at the heretic print studio
and was helped by luke the heretic
prints are for sale at £50 english pounds each
thats all for now
kiss kiss
robert
xx
Posted by robert rubbish at 09:56 1 comment:

WHAT THE PEOPLE SAY ABOUT DAVE CAMERON 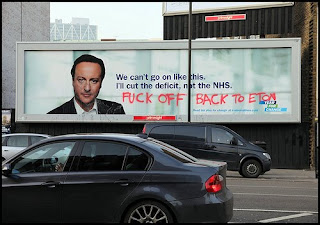 here is the billboard
that says what the people think
about dave cameron
all i can say is you think its bad now
wait till dave and his mob of c------------
get in to power god help us please (now)
MAYDAY MAYDAY
kiss kiss
bye for now
robert xx
Posted by robert rubbish at 05:48 1 comment:

Heres my page for bare boness 3 out now 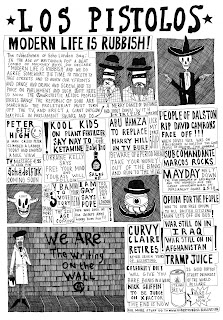 Hello bumcakes
heres my page for bare bones 3
tonite was the exbo at the nue gallery
red church street
here is the first isssue of LOS PISTOLOS
its a one page tabloid type thing
till the next time
kiss kiss
robert xx
Posted by robert rubbish at 14:16 No comments: