hello love eggs
while looking on the supper highway of dreams
that witch i speak of the interweb
i did find this little thing that was filmed in our
shop last year and is on the channel 4 website
go to this adress
http://www.channel4.com/bite

and see the worlds best interview
also i have my show opening on firday night the 4th of july
at the nottinghill arts club 6 onwards
kiss kiss
robert xx
Posted by robert rubbish at 07:36 No comments:

THE WORLD IS FULL OF ALL TYPES OF RUBBISH 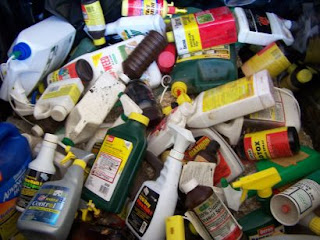 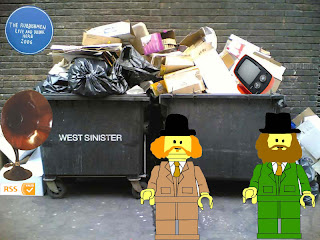 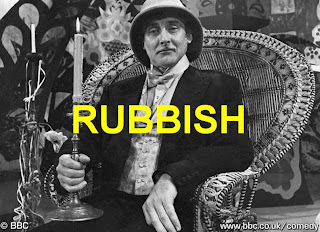 HERE ARE SOME EXSAMPLES OF THE RUBBISH ONE MITE FIND ON A SEARCH OF THE INTERWEB
THERE ARE LOTS OF TYPES INDEED HERES 3 TOTALLY RANDON IT MIGHT SEEM YET
INTERCONTECTED
AND NOW I MUST STOP TYPIN RUBBISH
AND GO TO BED
GOODNIGHT THE WEB
SWEET DREAMS
KISS KISS
ROBERT
XX
Posted by robert rubbish at 17:38 2 comments: 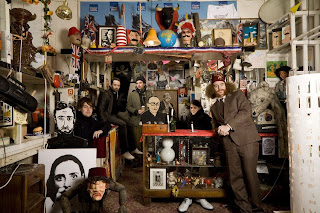 I am an abandoned shoe shop of yesteryear. Until not long ago i was lying dormant and unloved, but now i have been given a new lease of life, by a rag tag band of individuals who go under the moniker of LE GUN. Enter me and you will discover all kinds of strange bits and pieces, things of wonder and visceral delight. Come on in boys and girls you will not regret your decision... Le Gun, the self-proclaimed "motley crew of artists, writers and designers" formed by a group of RCA Communications students a couple of years ago have gone one step further in their bid to bring their message of art and creativity to the world. The Shoe Shop of Curiosities is an abandoned retail space in the East End of London that’s been taken over by the artistic collective and turned into a new and curious exhibition space. Featuring found items that were discovered on the premises and “tampered with” to create an eccentric show that will evolve and grow as each new item is 'discovered', the Shoe Shop aims to bring together the work of the artists who contribute to Le Gun’s eponymous magazine, along with like-minded groups such as Timeline Project, Heretic and Strangeworks. Inspired by regular Le Gun contributor Sir Peter Blake, whose studio is the site of a bizarre collection of children’s toys and Victoriana, and the chaotic, ever-expanding art collection of Soho drinking institution, The Colony Room, the Shoe Shop Of Curiosities presents an East End ethnographic backdrop for the work of one of the area’s most eminent collectives (Le Gun are based in nearby London Fields). Its creators have described the interior of the museo-gallery as "somewhere between Tutankhamen’s tomb and George Melly's briefcase." Sounds intriguing? Get down to the East End this weekend and check it out for yourself. The Le Gun Shoe Shop Of Curiosities is at 61 Wilton Way, London, E8. Open weekends only from midday to 6pm and by appointment at all other times.
now closed.....................................


Twas a year ago that we did open the shoe shop of curiosities
it was a wonderfull time we had and some good things came out
of the shop we meet new people got drunk a lot got drunk some more
meet some new people had an opening party and a closeing down
party.
so thanks to david for lending it to us
and thanks to all who came and saw
and thanks to L H BROWN
will post some more photos and videos
of the shop soon
best wishes
kiss kiss
robert 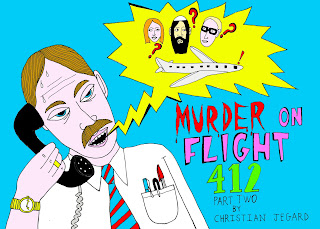 HELLO LOVE EGGS
HOPE ALL IS WELL JUST DROPPING A LINE TO TELL YOU ALL ABOUT THE NEWBEATHAPPENING
MUSIC MAG SHOULD BE HITTING THE SHOP CLUBS PUBS OF LONDON VERY SOON. HERE IS ALITTLE DRAWING I HAVE DONE FOR
A LITTLE STORY IN THERE PLEASE PICK ONE UP AND TAKE A READ.
http://www.beathappening.co.uk
BYE FOR NOW
KISS KISS
ROBERT X
Posted by robert rubbish at 05:22 No comments:

THE RUBBISHMEN IN THE CHAP MAGAZINE 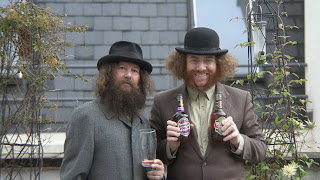 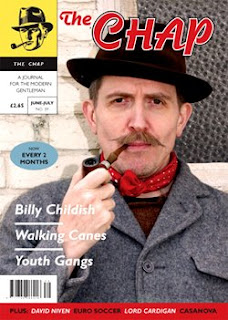 HELLO THE INTERWEB
HOPE YOUR ALL WELL
WE THE RUBBISHMEN OF SOHO LONDON ARE IN THE LATEST ISSUE OF THE CHAP MAGAZINE
IT HAS A PHOTO OF BILLY CHILDISH ON THE FRONT.
WE ARE DOING A BEER REVIEW PLEASE PICK ONE UP AND TAKE A LOOK.
HERE IS THERE WEBSITE ADRESS
WWW.THECHAP.NET
BYE FOR NOW
KISS KISS
ROBERT
Posted by robert rubbish at 16:45 No comments: 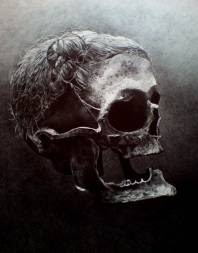 hello loves
artists from le gun have some work in a group show in trolley gallery redchurch street east london
the exbo is called DONT STOP ME NOW the body beyond death
it runs till the 5th of july
kiss kiss
robert x
Posted by robert rubbish at 05:38 1 comment: