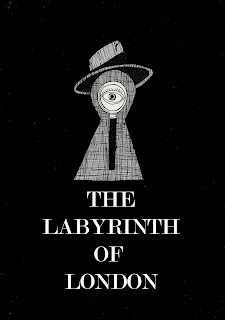 Bonanza & Son is now in its ninth year of promoting & presenting the best in Country, Blues, Americana and Roots Music as well as djing quality music from Country to Krautrock to cutting edge Electronic music.

For over five years Bonanza & Son have also been producing & presenting their popular weekly radio show on Resonance 104.4FM
(Every Monday evening 11pm-Midnight with repeats Sunday afternoons 1-2pm) as well as running numerous successful club nights and dj sets in the Capital.


'The Gaslight' launches Wednesday 29th February and will take place on the last Wednesday of every Month at Filthy MacNasties.

Named after and taking it’s inspiration from the famous Greenwich Village Café, The Gaslight Club which was a favourite haunt of the young Bob Dylan and where he premiered early songs such as ‘Masters Of War’.
Other artists to have performed there include Son House, Allen Ginsberg, Jimi Hendrix, Bill Cosby, David Bomberg, Bonnie Raitt & Bruce Springsteen.

… And what better way to spend a wintery Wednesday eve?

Live acoustic sets from
Dylan Walshe
Multi-instrumentalist, troubadour and Strummerville featured stompin' one man band harmoniser Dylan Walshe will entrance and entertain you with his captivating stories carried all the way from Dublin to London.

He has been likened to such diverse and disparate acts as Billy Childish to Noel Gallagher and to the Blues masters like Mississippi John Hurt in equal measures or indeed any of the original Bluesmen like Leadbelly, Sonny Boy Williamson or Robert Johnson all melded together to give us something fresh in the vein of Steve Earle aboard a steamboat full of modern Sea Shanties and Celtic tales carried all the way from Dublin to London and back again.

We also think there's more than a touch of Nick Cave in Dylan’s songs as well as his namesake tucked in there too which is no bad thing.
www.facebook.com/dylanwalshe

George Frakes
George Frakes is an astonishing, young talent with his consummate fingerpicking and exquisite songwriting; he’ll be taking us on a spiritual journey upon a magic-carpet ride of Neo Psychedelic Folk, nodding respectfully to the likes of Nick Drake, John Martyn, Bert Jansch or even Hank Williams and emerging mysteriously from the mists of North London dressed and draped impeccably, as he does in paisley, velvet, corduroy and fur with song-smithery to match
www.facebook.com/georgefrakes1

Book Reading from
Pete Bennett (Monkey Island/The Dublo)
Front man of not one but two of Stoke Newington's finest bands, Monkey Island and The Dublo, Rennaissance man Pete Bennett will read from one of his books which include 'The Occassional Diary of an Opportunist Football Fan’ which was described as 'The opening book of the season . . . a salty tale of promenades, Punk-Rock, politics, family and... erm, football!'
www.bardofthemarshes.wordpress.com
www.notyouraveragetype.com

Pop-Up Exhibition/Private view
Robert Rubbish
Exhibition of paintings and drawings from the eccentric, big grin-bearing, wild-haired, snappy-suited eccentric co-founder of Le Gun magazine and one half of Victorian-Punk revivalists The Rubbishmen. Robert Rubbish presents a special ‘pop-up’, private view of recent work which has included paintings and exquisite drawings based on life, love, hate, death and facial hair!

At a recent show at Rough Trade East he exhibited a number of portraits of musicians who famously sported facial hair. Robert is inspired as much by comedy emporiums and joke shops as he is by classical art and artists such as James Ensor and has been known to call some of his work 'joke shop pop art'.

His apocryphal and anachronistic record covers represent Robert's desire to find albums that he has been hoping to track down for years such as ‘The Complete Works Of Egyptian Ska' or 'The Greatest Hits From The Cosmic Toilet'.

Rubbish has exhibited extensively and internationally with recent shows in Paris, Berlin, Brussels, Japan and even China. He is currently working on a feature-length, espionage movie set between Jersey & London.

The exhibition will run for one month.
www.lospistolos.com